It was the first time I ever saw one in person, and I had a camera in my hand.

I was 17 and my freshly-typed press credentials for the first launch of the Space Shuttle Columbia were pinned to my shirt.

I was fortunate enough to at the time be working for the Clarion, and with their help got press credentials, and the rest of the trip was funded by my grandmother - spending the time with relatives who lived not far away from the Space Center.

Once you arrived at the press center a couple of miles from the actual launch pad, a bus would periodically take the media out there.

Unload from the bus and there it was - about 300 yards away, standing and waiting to fly into space for the first time. 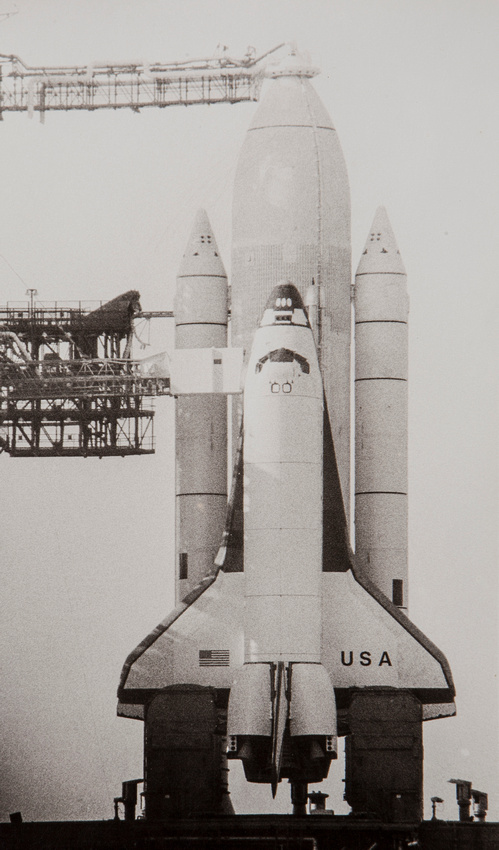 It was a heady couple of days for a kid photographer. My camera bag, such as it was; unloaded next to the crew photographing the launch from Time Magazine. I remember waiting hours and hours for a computer a launch computer problem to be resolved, and when it was not, the whole thing was unloaded and we had to come back the next day. Darn that was too bad. One more day in the big time. I stayed for it all. Post-launch press conference, video downlinked from the orbiter (projected inside a nice, air conditioned press room), trip to the Launch Control Center Complex cafeteria for food. but darn - the post launch trip for the press to inspect launch blast damage was cancelled.

With some reluctance, I packed up the little red Chevette rental car and left the space center.

I would not see a Shuttle again in person until just a few weeks ago.

Sister ship Atlantis, now retired and on display at the space center in Florida. They say it was 'safed', or cleaned of toxic propellants and other chemicals and brought here - basically in the same condition it was when it returned from space last. 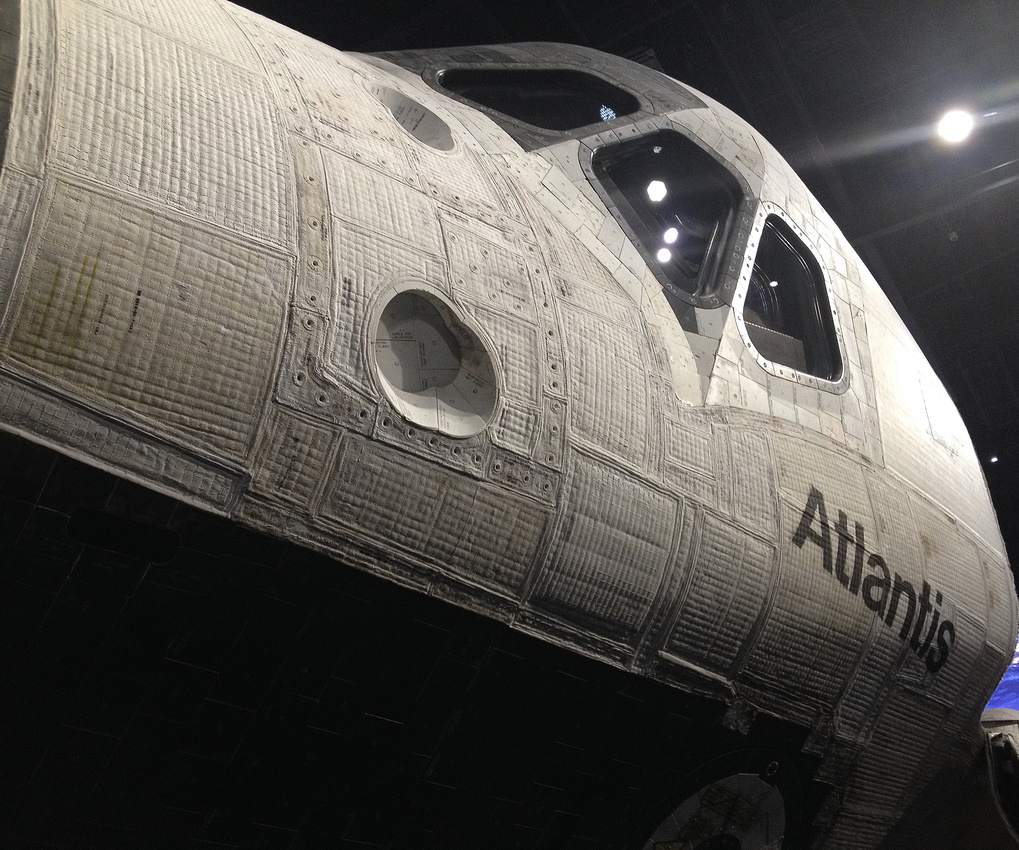 The second one just a quick snap with the iPhone.